What are personality disorders 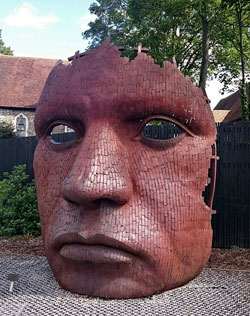 The common factor of all personality disorders is isolation. Sufferers feel an unbridgeable gap between themselves and other people that developed at an early age and continues into adulthood. This feeling of being alone and misunderstood can result is extraordinary frustration and emotional pain.

Like all people in emotional pain they will develop various ways to relieve the pain. For some, with a frantic, desperate type of loneliness, may develop larger-than-life personalities while others will develop some sort of emotional amour, others will shutdown emotionally and close themselves of from the world.

Sometimes their reactions to life may seem extreme. Like having a physical injury, for someone already in emotional pain, even a little knock may be excruciating. A bit like being a burn victim - everything little thing hurts! But like everyone else, they are just trying to keep it together as best they can.

It is also likely to effect their sexual expression in various unhelpful ways such as impulsivity, shutdown, chaoticness or fragmentation at the level of sexual identity.

For some the intensity of emotional pain may lead them to hate themselves or blame the world. At times they may even act out on this and 'punish' themselves or others in an attempt the reduce their suffering.

Thus, in response to early and ongoing emotional pain, people may develop personalities that interfere with their life and relationships and are:

Diagnosis is a controversial subject as a personality diagnosis is sometimes seen as an easy way of scapegoating people considered 'difficult' and a way of putting them in the 'too-hard basket'. There is also a considerable amount of misdiagnosis of other conditions such as Autism/Aspergers, PTSD, traumatic brain injury etc.

This controversy is particularly true of BPD Borderline Personality Disorder. For people labelled with BPD, this diagnosis is often unhelpful as the evidence strongly suggests that BPD is most often the result of seriously disrupted childhoods including trauma, abuse or neglect.

Indeed, there is a strong move to change the diagnostic label from BPD to Complex PTSD. This change in label is more than window-dressing as it :

While the origins of personality disorders are often complex, psychotherapy offers patiently steadfast and on-going treatment. An empathic and skillful therapist helps the process of healing by: