Do overwhelming emotions control you? 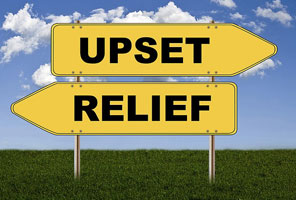 The most common reason people seek psychological help is for some form of emotional instability. The big three are: sad (depression), fear (anxiety) and anger. In therapy, we start from the inside out : to understand the origins of the feelings, and through this make lasting change.

Without the ability to regulate feelings, people flounder in the choppy waters of their ever changing moods that easily overwhelm them.

People develop ingenious ways of managing unwelcome feelings. Much of this goes on below the level of conscious awareness. For example, one common solution is to suppress all feelings, resulting in emotional dullness. Another is to cover over one emotion with another such as covering over sadness with anger. Unfortunately, these defenses can come at a large cost to happiness and relationships.

Therapy is a second chance

Therapy is second chance to put things to right. It is an place to tell it how it is, where you will be supported and not judged. The thought of facing buried issues is often scary. However, most people in their heart know what needs to be faced. They really do want to be able to "name and tame" their emotions, to understand their feelings, honour them, and learn how to express them constructively and effectively.