Cognitive Behaviour Therapy (often referred to as CBT) is perhaps one of the most well-known and fastest growing contemporary psychotherapeutic approaches in the West.

CBT is a psychotherapeutic approach that deals with cognitions, assumptions, beliefs and reactions, with the aim of influencing emotions and behaviours that relate to maladaptive and dysfunctional appraisal of events.

It is a modality that is widely accepted as an evidence, and empirically based, cost-effective psychotherapy for many mood disorders such as depression and anxiety.

The particular techniques employed vary according to the kind of problem or issue, but commonly may include:

One of the objectives of CBT typically is to identify and monitor thoughts, assumptions, beliefs and behaviours (often formed in childhood) that are related and accompanied to debilitating negative emotions and to identify those which are dysfunctional, inaccurate, or simply unhelpful. This is done in an effort to, in a wide array of different methodologies, replace or transcend them with more realistic and self-helping ways. 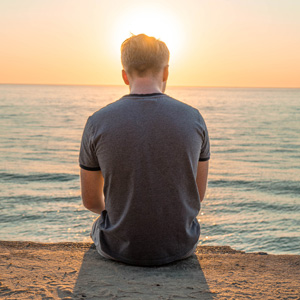 Cognitive behavioural therapy generally is not an overnight process. Even after patients have learned to recognize when and where their mental processes go awry, it can take months of effort to replace a dysfunctional cognitive-affective-behavioural process or habit with a more reasonable and adaptive one.

When used in conjunction with psychodynamic psychotherapy, CBT allows the client to move beyond symptom reduction, through a deeper understanding of likely causes, and can provide more effective long-term change.