The taboo of sexual desire 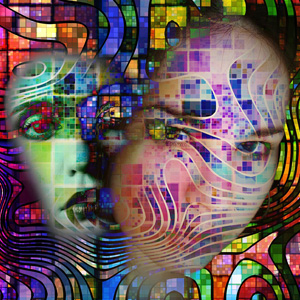 In my work with clients, I’m often reminded that I view human sexuality and desire somewhat differently than the general public. There has been a lot of research done in the last few decades but not a lot of that has filtered out into public consciousness. For much of human history, openly talking about sexual desire has been very taboo topic. As a result, there is a lot of whispered misinformation out there and some significant misunderstandings still persist.

From my perspective, mainstream Western culture is still largely sex-negative. The idea that sex for pleasure (as opposed to reproduction) is morally acceptable developed pretty late in human history and the echoes of its prohibition in earlier times still ring in our ears.

The unfortunate result of that is many people end up suffering a great deal of shame, anxiety and distress about their experience of desire. This ranges from worrying about feeling ‘too much’ desire or ‘too little’ desire of the ‘wrong kind’ of desire.

As a sex-positive therapist, there is a lot I could talk about on this topic (and maybe I will in subsequent posts), but for this one I’ll focus on the issue of desire ‘styles’. A common misunderstanding is that desire is functionally the same for all of us but there are actually two main ‘styles’ of desire that human beings experience. Sex researchers call them “spontaneous” desire and “responsive” desire.

Spontaneous desire is where you subjectively experience a moderate to strong psychological interest in sex before having it. This is the dominant narrative most people have heard and it stems from both Kinsey’s and Masters and Johnson’s pioneering sex research in the 50s and 60s.

The problem is that this model was largely drawn from studies of desire in men. It doesn’t capture the experience of sexual desire for a lot of women. This has only come to light with more recent research resulting in the concept of responsive desire.

Responsive desire is where you subjectively experience moderate to strong interest in sex as a result of having it – either during or afterwards, provided the sexual experience was positive. Responsive desire can be just as strong as spontaneous desire – it’s more a difference in timing. It just takes a while to “wake up” and once it does, this form of desire can become a continuing experience in which each positive sexual encounter stokes desire for the next.

Knowing your desire “style” and realising that there is absolutely nothing wrong with it is really important. We can feel a lot of shame about our sexual selves which can reduce our interest and pleasure in sex. It’s not that spontaneous is the “male” form of desire and responsive is the “female” form of desire. Women seem to be about 50:50 in terms of which desire style they commonly experience whereas men are 75:25 with spontaneous desire being more common.

Men who are responsive in style and women who are spontaneous in style can both feel that they don’t meet the socially expected gender norm and feel unmanly or not ‘properly’ feminine respectively. It’s possible that women are 75:25 too in terms of style too and just many repress their spontaneous desire since it’s less socially acceptable. Meredith Chiver’s research on women’s desire certainly points in that direction – many women dissociate psychologically from their physiological desire because of social conditioning. If anything, women may innately experience more desire than men but patriarchal societies obsessed with reliable paternity have spent an enormous amount of effort shaming women for their desire and interest in non-relational pleasure-centric sexuality.

But many women who are primarily responsive have also ended feeling shame for being the ‘low desire’ partner, which creates cycles of shame which further reduce desire. For such women, the goal is not to try to ‘force’ themselves to feel strong psychological desire before having sex (which seldom if ever works). But rather to notice when they feel ‘open’ to sex and then initiate or be willing. Often their desire will then emerge and they will be glad it did. (Of course, it is  seldom helpful to have sex out of duty or guilt).

Keeping sexuality flourishing in long-term relationships is always a challenge. Intimacy and desire run on different tracks as one is more about attachment and security and the other is more about novelty and adventure. But this can be compounded when two individuals are both responsive in style, since it can result in neither partner initiating. Amongst women in same-sex relationships, it’s controversially been called “lesbian bed death”. I should point out that many lesbian’s object to this term and dispute that it exists. I think they are right - it’s not specific to lesbians at all, rather there is just more chance of dual responsive styles between two women.

It is also important to remember that sexual desire is just one aspect of our being. It is complexly intertwined with all the  many physical, mental emotional and spiritual aspects that make up our human experience. Also to remember that sexual desire is tremendously varied; that each person's desires are quite individual, a moving kaleidoscope, often even surprising to ourselves (more on that in another blog).

So, if your experience of desire is causing you confusion or distress, talking to a caring and sex-positive professional can help a lot. It can be a path out from the shadow of shame and into a place of greater self-acceptance and improved well-being, both sexually and overall.

Whatever your experience of sexual desire, and whatever your desire style, realising that your pattern of desire is not wrong or broken can result in huge relief and goes a long way to breaking the shame cycle.