Is your relationship in trouble? 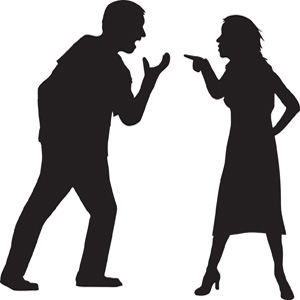 There must be a million cheap magazine articles about the signs that a relationship is going to fail. Perhaps surprisingly, some very credible, thorough research has accurately identified four key relationship traits that truly predict relationship failure. Dr. John Gottman is one of the lead researchers who made these discoveries and, disclaimer, his research was undertaken in America. The participants in his study were very diverse, but the findings should be understood in a western world context. I think they are relevant for many New Zealanders.

These four relationship traits occur during times of conflict; better known as fighting, arguing, bickering or disagreeing. Conflict is an ordinary part of healthy relationships. It happens for many reasons, but basically when we choose to come into close relationship with another person, even the simplest differences in our personalities will lead to conflict at some point, and sometimes often.

Conflict itself does not signal the death knell of a relationship, in fact if you are not disagreeing at least sometimes, that is not a great sign of a healthy relationship either (see the third trait described below). It is how we act when we disagree with our partner that is the key predictor of whether our relationship will survive.

The first trait that predicts relationship failure and probably the most common, is criticism. Criticism happens when we direct our frustration and resentment into a personal attack. Criticism is sometimes made from the many small but not-mentioned-at-the-time irritations we have with our partner. Unlike a complaint, criticism takes the form of a direct personal attack, as if the person who is our partner has a significant, concrete defect. For example, using the words never or always:

(A complaint might be, “We’ve been talking all about your problems since you got home and now I really need to talk to you about something that happened to me today.”)

Criticism often leads to escalating conflict because when we are personally attacked, we are most inclined to attack back.

The second predictor of relationship failure is defensiveness. When responding to a complaint, the defensive partner does not take responsibility for their part of the problem and instead turns things around to put blame on the other person:

One Partner: “You didn’t buy the rubbish tags at the supermarket, but I put them on the list?”

Defensive Partner: “No, you know I’ve been really busy, I was in such a hurry this morning and you didn’t leave the new list next to my keys, so I didn’t take it with me. If you hadn’t forgotten to buy tags last time this would not have been a problem in the first place.”

(A non-defensive response might be, “I was in such a hurry I couldn’t find the new list this morning, so I didn’t get them.”)

Defensiveness leaves no room for both partners to share responsibility and when one partner is constantly feeling ‘blamed’ or continually ‘blaming’, this can lead to expressions of the third destructive trait.

Number three, and the most destructive of all, is contempt. Sarcasm, lack of respect, condescension are all examples of contempt. When a person demonstrates contempt towards another they might roll their eyes, sneer or name call. When we are contemptuous towards someone our general attitude is one of superiority and/or disgust. People who take a intellectual, moral, religious or political ‘higher ground’ often demonstrate contempt towards people with opposing views.

Contempt typically leads to escalating conflict in a relationship. There is very little that either person can do to repair a problem if one, or both, sees them self as the ‘better’ of the other.

The final signal trait is stonewalling. This is not a common expression in New Zealand but it means, in essence, putting a wall between you and your partner, when they are trying to communicate. It might be demonstrated by the person turning away, simply not paying attention to their partner or becoming busy with something else.

Someone who stonewalls ‘turns deaf ears’ towards their partner. Stonewalling can be a sign that a person’s physiological and emotional tolerance for listening has reached its capacity and so they ‘turn off’. However, when this happens the partner trying to communicate becomes increasing frustrated and angry, which can trigger their own ‘switch off’ mechanism. What results can be a couple who give up, they don’t even try to communicate.

What you can do

This might all sound a bit scary for people living together in partnerships. The truth is that we don’t have much of an opportunity as we are growing up to learn how to manage conflict well, particularly if our parents couldn’t set a good example. However, one of the wonderful things about Dr Gottman’s research is that it points to the ways to solve these problems. If you want to learn more, you can see it here at Gottman.com or check him out on YouTube.

If you feel like you and your partner have some of the traits described above and you want something better for your relationship, then working with a couples’ therapist can be the way forward.