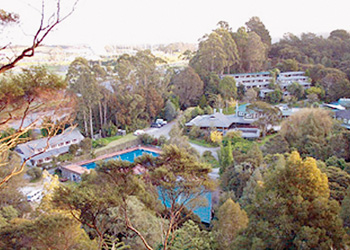 This documentary, Heaven and Hell : The Centrepoint Story, was screened on Sunday 30 May (TV1, 8.30pm), and is now available on On Demand.

For those that are not aware, Centrepoint was an intentional community in Auckland that used psychotherapy and encounter groups, and other experimental approaches. The community was shut down after issues of sexual abuse of children, drug involvement and corruption were uncovered.

I have been involved in doing support work for people who were previously involved in Centrepoint community (Auckland, New Zealand), especially over the past year in relation to the documentary being made. I also run a Facebook group and supervision for people working with ex-cult members and formal fundamentalists.

I want to put out some cautions and suggestions around the documentary being aired:

From discussions I have had with the producer and others who have been involved or have seen the footage, it is an excellent documentary that helps give a 'bigger picture' of what happened and helps create more of a context to see individual experiences in, and various themes in relation to that overarching story.

I am hopeful it will help to make more sense of some of the confusion that many have been left with, and assist people to feel able to take 'next steps' in their journey.

But for some, the exposure to the documentary material may be distressing, or they may be unsure what to do with their responses, or where to get help with that.

Those who have a past history of involvement with that Community (either as adult residents, visitors to events there, children of adults involved there), as well as family and support people of those who were involved. Also those that may have similar or parallel stories, especially around abuse and neglect, or around involvement with other high-control / fundamentalist / cultic groups.

And also, potentially, those in the counselling and therapy world, who may be supporting people from these backgrounds, or have responses to the stories of 'therapeutic processes' (psychotherapy and group-work) being used in a careless, unhealthy, or abusive way.

What support is available?

This is managed by Caroline Ansley, and is designed to be a safe space for people to connect and get information specifically in relation to Centrepoint.

This is a page I manage with a wider frame for those who have been involved in various types of cultic groups, including fundamentalist Christian groups, Eastern philosophies, coercive philosophies etc.

Related services and resources related to sexual abuse. This is a big theme in the documentary, and may bring up triggers or unfinished business for some.

Safe to Talk : Support line for both victims of sexual harm, and those who want to discuss their own sexual behaviour which could be problematic: 0800 044 334, or text on 4334; open 24 hours.

I hope this is helpful, and wish everyone well.