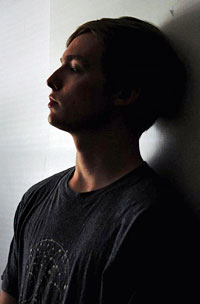 For many young people, navigating the years of adolescence can prove challenging and some will develop depression. Given the complex changes that are taking place in a young person's world, it is a developmental achievement to make the transition into early adulthood. These changes sometimes make it more difficult to know the difference between what is a normal change in a young person versus what might be depression.

Talking to your teenager about changes you have noticed may help to bring about understanding. However, if this proves difficult, or you are still worried, a good option could be to talk your concerns through with a therapist who works with adolescents. A therapist will listen carefully to you and make a recommendation based on what you have described. If appropriate, the therapist will suggest that they meet with the young person. (Teens do come around to talking, despite parents concerns that they won't.) Such a meeting helps get a better sense of what the concern is and whether it is depression or something else (including normal developmental challenges).

Anyone who has raised a teenager knows it can be a trying times for parents. Sometimes, there is a concern a young person is depressed, but as we talk it through and better understand what it is, it becomes clear that the relationship between adult and adolescent needs help. A therapist can facilitate a conversation between parent and teenager to assist in finding betters ways of communicating. Such changes are often enough to relieve the symptoms in the young person and avoid an entrenched stalemate in the relationship.

Reasons for depression in teenagers

Depression in teenagers can be a reaction to any number of things, including family relationships, social and peer relationships (including bullying), isolation, school life and confusion/questions relating to sexual identity. Teenagers who have depression will have a noticeable change in their thinking or behaviour, and this is coupled with a distinct lack of enjoyment in activities, tasks or socialising that they would normally have enjoyed in the past. Some signs of depression in teenagers are:

Psychotherapists work collaboratively with parents to ensure the young person is getting the best help possible. After talking with a parent, sometimes we just see the teenager, other times it might mean seeing the parent, or the parent and teenager together. Psychotherapy offers a teenager with depression a place to make sense of their thoughts and feelings with another trusted adult. Psychotherapy seeks to uncover the reasons why they feel this way about themselves, facilitating healthier perspectives by challenging depressive patterns of thinking, feeling and behaving.